With the rollercoaster year that just ended, businesses around the world are trying to breathe a sigh of relief and are looking forward to a “return to normal”. Although preliminary indications are that a return to pre-pandemic normalcy will no longer be possible, there is at least an increasing expectation that the acute challenges of the past year should be less painful going forward.

2020 was difficult in many ways that fundamentally challenged and stretched the capacity of businesses to survive, much less thrive. However, businesses that managed to emerge relatively unscathed can leverage those experiences to build a better base for global expansion in 2021.

While the events of the past year have, likely irrevocably, altered the trajectory of what 2021 will look like and what businesses need to prepare for, there still remain significant opportunities that will shape international business development this year. Here are the top trends to watch out for in 2021.

Improved international relations with the transition to the Biden administration

One of the hallmarks of the Trump administration was the unilateralist and protectionist stance they brought to matters of international trade and relations. Under President Trump, the US was more focused inwards than past presidents have been, and more easily predisposed to shaking up international trade and diplomatic relationships that had taken years to nurture. 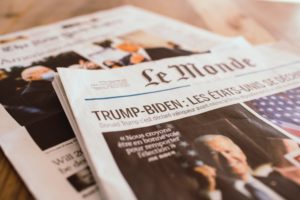 The result of this approach included an expensive trade war between China and the US (which sent trade in the Asia-Pacific off-kilter), and a cooling-off of the US relationship with Europe, amongst other high-profile events. However, with the exit of the Trump administration, and with the new administration under Biden (an experienced statesman), it is expected that service will return to a more normal diplomatic approach.

President Biden has already begun this process of amending the US’ international relationships by rejoining the Paris Climate Agreement. With the anticipated predictability and stability that the Biden administration promises to bring, it is expected that international relations will improve across the board, and this will have positive effects on international commerce between the US and its traditional trading partners.

No foreseen immediate changes in policy between US and Iran & China

With the growing influence of China in many aspects of global trade and politics, the US has adopted an increasingly frosty approach towards Beijing. While President Trump significantly escalated these tensions with his trade war and sanctions on Chinese companies, the President’s actions mostly continued the approach of the US towards China.

Preliminary indications are that no immediate changes are planned in this approach. Whether a Blue or Red president sits in the White House, the unavoidable reduction for US policy makers is that China and the US are in serious competition. White House spokeswoman, Jen Psaki, recognized this in late January, when she said in a press conference that “what we have seen over the last few years is that China is growing more authoritarian at home and more assertive abroad and Beijing is now challenging our security, prosperity, and values in significant ways that require a new US approach.”

While she indicated that the administration is looking to approach the China situation with “strategic patience”, she mentioned that there are currently no plans to let up on “holding China accountable for its unfair and illegal practices and making sure that American technologies are not facilitating China’s military buildup.”

On the Iran front, the US is coming off the back of a period of intensely heightened tensions with the Middle-Eastern country. With the assassination of Qassim Soleimani by the Trump administration, and the retaliatory missile launch on a US base by Tehran, the Iran-US situation has deteriorated rapidly in the past few years.

While Iran has signaled its intention to return to the 2015 nuclear deal between the two nations abandoned by the US in 2018, the Biden administration has refused to commit to a return unless Iran reinstates Uranium enrichment limits it also abandoned after the US exit.

However the situation in the relationship of the US with these two countries plays out in the coming year, all indications currently are that the status quo will continue unless something significant happens on either side.

After finally delivering Brexit to its citizens on January 1, 2021, the UK is now free to negotiate and conclude trade agreements on its own terms, rather than following EU lead. The US has provided silent support throughout the process, and in 2018 the Trump Administration notified Congress, under Trade Promotion Authority (TPA), of its intention to enter trade negotiations with the EU. 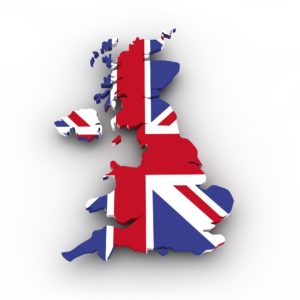 However, while five rounds of virtual negotiations were conducted in 2020, the parties failed to reach a deal before the end of the Trump administration. Several issues continue to hold up discussions, including questions of US access to UK agriculture markets and potential access to the UK’s healthcare market. Although UK negotiators have attempted to drive a hard line with any potential access to their healthcare market, it is thought this stance may be relaxed in order to push a deal through.

A free trade agreement with the US will constitute a political advantage for the UK in its drive to consolidate its new-found trade freedoms and in its negotiations with other countries around the world. Currently, indications are that, even though trade is not high on the Biden administration’s agenda, there is still considerable support for a UK-US trade agreement, both within the Biden administration and Congress.

What remains to be seen is whether discussions can be resumed and finalized in time before the expiration of TPA authority in July 2021. If an agreement cannot be reached before this time, then any trade deal potentially faces a lengthier process before ratification by Congress.

Finally, businesses look set to enjoy a respite from the unprecedented difficulties brought on by 2020. Even though health experts are quick to clarify that COVID-19 may be here to stay for the foreseeable future, the rapidly accelerating rollout of vaccines through the tail end of 2020 and into 2021 means we may soon reach a point of “operational efficiency” during the pandemic.

This is also leading to a tentative growth in consumer confidence as more people become confident about going mobile again. We are already seeing rising cases of “revenge spending” as customers rush out to spend on experiences, services, and products they were unable to access during stricter lockdowns and social distancing rules. Of course, this tentative growth in confidence is expected to fluctuate in line with the imposition of new lockdowns and strategic breaks to stem the tide of rising infections.

COVID-related innovations that are making tracing, testing, and general safety easier are also contributing to a rising confidence that businesses can thrive in this “new normal”. With pharma companies breaking bounds and producing huge technological innovations in 2020 to develop the first mRNA vaccines in human history and drastically reduce testing times, we expect 2021 to continue this acceleration in innovation.

As McKinsey reports, the pandemic has also led to the rapid rise of a new generation of entrepreneurs. In the third quarter of 2020 alone, the US reported over 1.5 million registrations of new businesses, nearly double the figures for the same quarter in 2019. In addition, there has been a more than 50% rise in the volume of “high-propensity business applications” – businesses that are more than likely to generate payroll – compared to 2019. This, combined with the continuously strong profile of venture capital in 2020, indicates that businesses are learning how to live with COVID and, by all indications, are ready for market success during 2021.